Seattle’s $15 minimum wage law goes into effect on April 1, 2015. As that date approaches, restaurants across the city are making the financial decision to close shop. The Washington Policy Center writes that “closings have occurred across the city, from Grub in the upscale Queen Anne Hill neighborhood, to Little Uncle in gritty Pioneer Square, to the Boat Street Cafe on Western Avenue near the waterfront.” 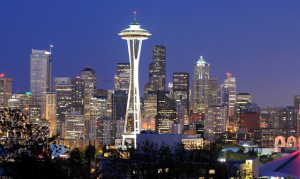 Of course, restaurants close for a variety of reasons. But, according to Seattle Magazine, the “impending minimum wage hike to $15 per hour” is playing a “major factor.” That’s not surprising, considering “about 36% of restaurant earnings go to paying labor costs.” Seattle Magazine,

It’s no secret that the movement to alter the Second Amendment and ultimately rid the United States of guns has been in full force the past few years. With an increase in mass shootings and psychopaths gaining considerable media coverage, the liberals are blaming the hysteria on an inanimate object. With this reasoning, they are essentially claiming that a gun, and non-living, cold metal rod, possesses the magical powers to entice citizens to open fire on an Elementary School.

These mass shootings are undoubtedly alarming and terrible. But, what these mass shootings signify is the increase in mentally unstable and sick individuals in our society. These sicknesses need to be addressed, and removing guns from homes in our country is not the fix. The only result that will yield is an undefended population against anarchy, war, invasion, and most importantly, terrorism.

Click Link Below To Read The Rest and Watch The Video

2ndamendmenthotties
Create a free website or blog at WordPress.com.